By: Marketing Communications|Published on: May 28, 2021|Categories: Blog| 0 comments 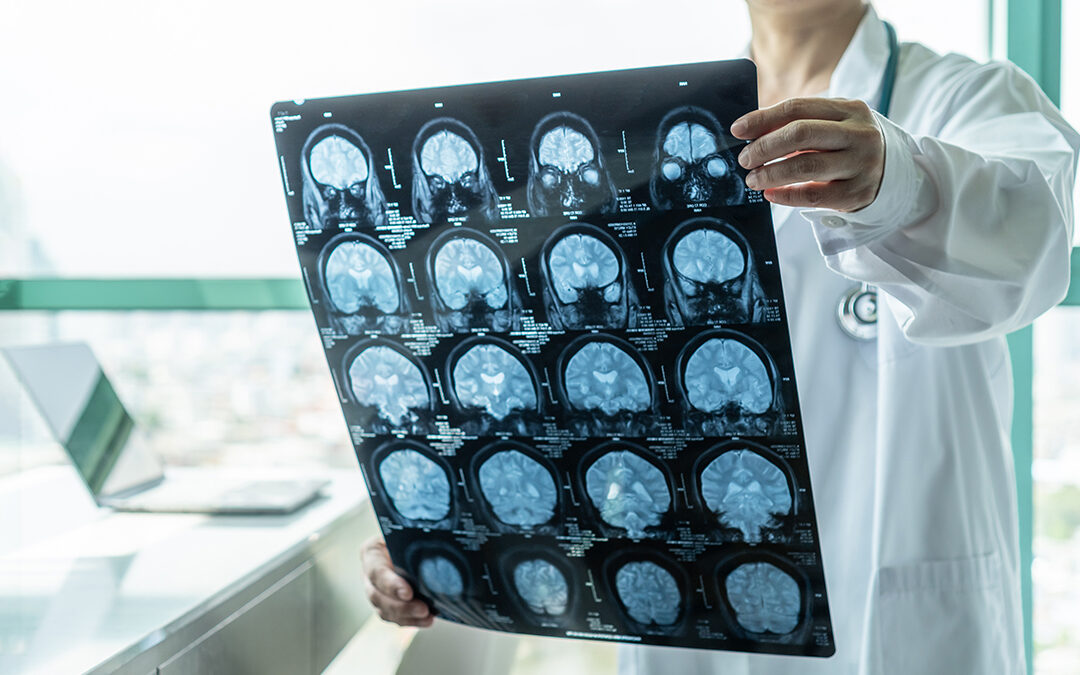 May is National Stroke Awareness Month. A stroke is a medical emergency that occurs when blood flow to your brain is interrupted. Knowing the signs of a stroke is imperative, but understanding the different types of stroke and their causes is also important.

Ischemic strokes are the most common, making up about 87% of all strokes. This type of stroke occurs when a blood vessel to the brain becomes blocked by a blood clot. Blood clots can occur as a result of plaque buildup on the walls of the blood vessels (cerebral thrombosis), or they can form somewhere else in the body and travel to the brain (cerebral embolism). One of the leading causes of cerebral embolism is atrial fibrillation.

This type of stroke is caused by a leak or rupture in a blood vessel. There are two types of hemorrhagic stroke: intracerebral and subarachnoid. The first type is a bleed within the brain, and the second type is a bleed in the area around the brain. Approximately 13% of all strokes are hemorrhagic. They are usually caused by an aneurysm or very rarely by an arteriovenous malformation (AVM).

An aneurysm occurs when a weakened area in a blood vessel balloons, often at a branching point of an artery. Aneurysms can be caused by brain trauma, drug use, infections and some types of blood vessel disorders. If the aneurysm ruptures, blood can leak into the area surrounding the brain and into the brain itself. Uncontrolled high blood pressure is the most common reason for an aneurysm to rupture. Although, some medications and drugs that act as stimulants or blood thinners can also cause a rupture.

A transient ischemic attack is also called a “mini-stroke.” This is because this type of stroke only blocks blood flow temporarily (usually for five minutes or less). While this is not considered a major stroke, it is a serious medical event requiring emergency care, as there is no way to tell the difference between a TIA and a major stroke when symptoms occur.

TIAs are most commonly caused by blood clots. Unlike ischemic strokes, the clot is dislodged or dissolves on its own, and symptoms are short-lived. An estimated 10% to 15% of patients who have a TIA will have a major stroke within three months, making treatment to address the cause of stroke essential.

Other Types of Stoke

Although ischemic, hemorrhagic and transient ischemic attacks are the most common types of stroke, there are also a few other types:

The most common risk factors for stroke include:

Lifestyle changes that can reduce your risk for stroke include:

The team at Advanced Cardiovascular Specialists consists of North Louisiana’s leading experts in cardiovascular care. For more information or to schedule an appointment, please call our office at (318) 798-9400.